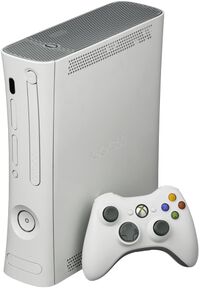 A white Xbox 360 with a controller